Zion’s Cooperative Mercantile Institution (ZCMI) is known as America’s first department store. Founded by Brigham Young in 1869, the store played a central role in the early Utah economy. Nineteenth pioneers saw ZCMI as a tool to eliminate poverty—and it was a requirement for Latter-day Saints to shop there. In this interview, Jeffrey Paul Thompson explains the fascinating history of the ZCMI department store in Salt Lake City.

Read the article by Jeffrey Paul Thompson in Business and Religion: The Intersection of Faith, “Zion’s Co-operative Mercantile Institution: The Rise and Demise of the Great Retail Experiment.”

Why did Jeff Thompson want to learn about ZCMI?

I grew up in the Salt Lake Valley and my family frequently shopped at Zion’s Co-operative Mercantile Institution when I was growing up, partly because my grandma worked there for a decade. I mourned the loss of such a venerable local institution and wanted to delve into the “why” a little bit more and how it fit into the larger history of retail.

How did cultural backdrop like Brigham Young’s desire to assist the poor help to form ZCMI?

Joseph Smith had repeatedly tried to bring economic parity to the Saints but, for various reasons, the attempts had failed. It appears that Brigham felt that this was one thing he needed to accomplish before he died since one of the hallmarks of a Zion society is that there are “no poor among them.”

The organization of ZCMI really prepared the way for the United Order movement of the 1870s which, in some communities such as Brigham City, was very successful and proved the communitarianism could work.

The sense that the Second Coming was imminent was prevalent in the Church in the 19th century and preparing for it was a top priority. This was seen as part of the preparation.

Was discriminatory pricing by gentile merchants in pioneer Utah effective?

Yes, it was very effective. There was already a divide between members of the Church and non-members and this certainly exacerbated the situation.

Members of the Church promptly heeded Brother Brigham’s command not to shop at non-ZCMI stores. This quickly forced most of the non-member merchants out of business. Several of them banded together and founded the city of Corinne which eventually failed. Some non-member merchants, such as the Auerbach brothers, managed to survive and returned to Salt Lake to found the biggest department store competitor to ZCMI.

What moments from ZCMI’s history does Jeff Thompson think are most salient?

The founding in 1869 is certainly momentous. It was an ambitious and audacious experiment and many people were skeptical and thought it would fail like the Kirtland Safety Society had.

The discontinuance of the ZCMI monopoly in the Utah Territory in 1882 under John Taylor is important because it marked the ending of the church’s attempt to live the higher law and which has not been reinstituted since. It also marked the beginning of ZCMI’s contraction as a cooperative and becoming more like other department stores in the United States.

1962 was significant because it marked the beginning of the expansion in the modern era. The May Company’s buyout of ZCMI in 1999 marked its demise.

In what ways was ZCMI a spiritual venture?

Eliminating poverty as an essential element of establishing Zion (it is mentioned in the New Testament, the Doctrine & Covenants, and in the Pearl of Great Price) and so by living what was appeared to a temporal law, they were really preparing themselves to live a higher law.

It also encouraged the community to be focused on the well-being of everyone as a whole and less on self and personal greed: if it succeeded, everybody benefited; if it failed, everyone was affected.

It seems that Brother Brigham was very concerned that the least saint should have the benefit as much as the well-to-do, a very egalitarian position for an early church leader, yes?

Absolutely—that was the point. The goal of the ZCMI system was to spread the wealth of the community among everyone and not let it be concentrated in just the hands of a few. This was difficult to accept for those who were already merchants.

The wonderful thing about the ZCMI system is that it did work and even people with one share benefited. It is interesting to note that the system was most successful in rural areas but not so much as in the urban areas such as Salt Lake City and Ogden.

Was it a requirement for Latter-day Saints to shop at ZCMI?

Yes, it was a requirement to shop at the ZCMI stores and, at one point, Brigham indicated that by not doing so a member could be excommunicated.

This sounds extreme to us today, but I think it indicates the seriousness with which Brigham viewed the system. He really did view this as an essential step to establishing Zion—and either you were in or you were out.

If you were going to support the Gentiles, then you were out and you might as well be out of the Church. Saving money or getting a good deal was not an acceptable excuse.

What is the two-prong test that brought about the end of ZCMI?

When the Church divested itself of its hospitals (which became the Intermountain Healthcare system) in the early 1970s, the stated reasons were that the services offered were 1) duplicative of those available elsewhere and 2) were not central to the stated mission of the Church (at that time identified as perfecting the saints, proclaiming the gospel, and redeeming the dead).

This appears to have been the basis for the Church divesting itself of ZCMI.

The Church created a lot of infrastructure in Utah in the 19th century because there was no other institution that had the capital to do so and, as the Church has grown larger and more international, resources are and will be allocated to support the mission and, subsequently, taken away from those that don’t.

Some cherished Utah institutions, like ZCMI and the Hotel Utah, unfortunately were affected by these decisions because they didn’t fit into the parameters of the three-fold mission. I think that is the lesson to take away from the application of the two-prong test.

What does Jeff Thompson’s article about ZCMI teach Latter-day Saints about the gospel?

The history of the communitarian efforts is woven throughout early Church history and by studying it you can really get a sense of what the saints experienced and how all-encompassing the Church was in their lives. The principles, however, have continued throughout the history of the Church.

In doing research for the article, I was surprised to learn that the establishment of the welfare program in the 1930s was viewed by many as a re-establishment of the 19th century principles that brought about ZCMI and the United Order. By studying the principles, we will understand why and how we can overcome the things of the world and how we can be prepared to live the law of consecration.

President Romney, in the 1970s, summed it up well when he said:

We are living in the era just preceding the second advent of the Lord Jesus Christ . . . the welfare program was set up under inspiration . . . It is, in basic principle, the same as the United Order. When we get so we can live it, we will be ready for the United Order. You brethren know that we will have to have a people ready for that order in order to receive the Savior when he comes.

Jeffrey Paul Thompson was raised in Sandy, Utah and served a mission in France and Switzerland. He attended BYU where he graduated in European Studies and French as well as receiving a juris doctor degree. After working briefly in the legal field, he returned to school and graduated with a master’s of library science from UCLA. For over a decade he worked as an archivist at Twentieth Century Fox film corporation and was a co-author of the official corporate history. He currently works as an archivist at the Church History Library in Salt Lake City. 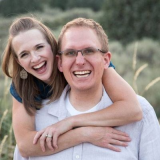