In a startling moment in the history of the Church of Jesus Christ of Latter-day Saints, the First Presidency suggested that tithing should be suspended. This was in response to a decision that the Church’s tithing was a taxable income, resulting in an initial assessment of $59,338.51 that President Brigham Young was expected to pay. In this interview, Samuel Brunson discusses how the predicament came about, how Church leaders responded, and the surprising ending to the whole episode.

It was actually a fortunate mistake. Early in my career, a friend and colleague mentioned that he’d been reading the diary of an early church leader (though I forget whom) and seen something about taxes. He suggested that I research it.

It was early enough in my career that I wasn’t going to spend time doing Latter-day Saint history. But it stuck in my mind and, as I became a little more senior, I decided to see what I could find on the Church History Library website.

I didn’t end up finding the person he’d referenced, but I did come across this conflict between Brigham Young and the Bureau of Internal Revenue.

Why did the United States government start imposing income tax rather than relying on tariffs?

The Civil War was expensive. And it turned out that tariffs weren’t going to be enough to fund the war effort, so the North decided to engage in a 10-year experiment with income taxes.

Who was John P. Taggart?

John Taggart, like many prominent people in the 19th century, was in many ways a jack-of-many-trades. In the period of time I cover in the chapter, he was the Internal Revenue Assessor for Utah Territory.

It was his job to basically figure out how much everybody who owed taxes owed and hand those numbers over to the tax collector.

How did he get the job?

Well, it wasn’t any kind of tax expertise. Taggart was nominated to become an Internal Revenue Assessor by President Grant in 1869. Eight years earlier, he had served as an assistant surgeon on Grant’s Civil War staff. He seems to have gotten his Utah appointment by virtue of knowing the president.

What did John P. Taggart see as his mission in relation to the Church and why?

Taggart was relatively antagonistic toward the church (and church leaders reciprocated his disdain). He believed that the Latter-day Saints were dishonest and it was his role to ensure that Utahns pay the taxes they owed.

Trending
Study the Scriptures with the Talk of Him Podcast

How did John P. Taggart justify that the Church’s tithing needed to be taxed?

This ends up being a complicated question. The short answer is, Taggart believed that tithing was obligatory, not just a free-will offering, both because the church occasionally kept a ledger of how much people owed and how much they had paid and because he claimed that nonpayment of tithing was punishable by death or expulsion which, in his mind, was basically the same thing for Mormons in Utah.

(It’s worth noting that the pioneer church was on the early side of using tithing to collect revenue; most churches at the time had other funding models.)

Secondarily, Taggart argued that the church used its tithing revenue for speculative endeavors, like funding trains.

To my modern tax attorney ears, the idea that something is income because it’s used to make speculative investments doesn’t make any sense at all. But it seems to have been at least moderately persuasive in the early days of income taxation in the United States.

Would the Church of Jesus Christ of Latter-day Saints have been able pay the amount Taggart assessed that the Church needed to pay?

Brigham Young said it wouldn’t be feasible. He explained that the vast majority of tithing was paid in kind (that is, in eggs and butter and other goods). Cash was scarce in the West, but taxes had to be paid in cash.

Why did O. J. Hollister, the collector of Internal Revenue for the Territory of Utah, uphold Taggart’s decision?

Hollister didn’t have much choice. Under the law at the time, once the assessment was made, it was the Collector’s job to collect it. And, in fact, the Collector was personally on the hook for assessed but uncollected taxes.

The Commissioner of Internal Revenue did instruct Hollister to help Young appeal the assessment, but ultimately, while he was more genteel than Taggart, Hollister also believed that the church owed taxes on tithing revenues.

How did early Church leaders attempt to deal with taxation?

The Church tried a handful of things. They asked their Territorial Representative in Congress to lobby on their behalf, trying to win favor for their plight.

And, along those lines, they refused to put up collateral while they appealed. They believed that the spectacle of the government seizing church property by force—an organ or a building or whatever—would paint them in a sympathetic light.

But they also planned for the future. If tithing would be taxable income to the church (to be collected, I should point out, from Brigham Young personally), the church would stop collecting tithing.

In fact, church leaders instructed bishops to stop collecting tithing. From the records I’ve read, they hadn’t figured out what to replace it with, but they were ready to stop a practice that the Lord called a “standing law unto them forever.”

In what ways did the response to the taxation issue by the leaders of the Church become more sophisticated over time?

As he appealed the assessment, Brigham Young provided about five reasons why tithing should not be taxable income. He quoted the instructions given to Assessors, he made tax policy arguments, he made legal arguments, and he made factual arguments.

What would have been some of the ramifications of suspending tithing payments in the Church?

The obvious ramifications would have been financial. The Church had been collecting tithing from members for more than three decades at that point, and it was the principal source of revenue. If the Church couldn’t collect tithing, it would have to find a new way to raise that revenue.

But there was also the religious aspect—tithing had been introduced through a revelatory command from God. Abandoning tithing would require abandoning a religious practice that was meant to last in perpetuity.

In what ways was the ending of the taxation issue a deus ex machina conclusion?

Ultimately, in spite of Young’s arguments, the Commissioner of Internal Revenue upheld the taxability of Latter-day Saint tithing and upheld about half of the assessment. (The other half was a nonfiling penalty; Hollister and the Commissioner both agreed that the penalty was not warranted.)

Before the Church had to pay, though, Congress approved a new Commissioner of Internal Revenue. The new Commissioner was somewhat of an income tax skeptic—in a letter to the Committee on Ways and Means shortly after his appointment, he recommended the immediate repeal of the income tax.

The new Commissioner looked at Brigham Young’s case and decided that, in fact, tithes were voluntary donations, exempt from tax.

Like that, the Church’s tax problem went away. The next year, Taggart again asked the Church to file a tax return, and Young responded that he couldn’t because he’d:

made diligent examination of the facts, and cannot find that any of the free donations of tithes received by the Church of Jesus Christ of Latter-day Saints have been used in any way to as to produce any income whatever.

The following year, the income tax expired by its own legislative terms, and it would be another half century before the country managed to enact another national income tax.

Did you enjoy this interview?

Subscribe to our email list and learn more about Brigham Young and the early history of the Church.

Samuel D. Brunson is the Associate Dean for Faculty Research and Development and the Georgia Reithal Professor of Law at Loyola University Chicago School of Law. His research has primarily focused on the intersection of religion and the federal tax system. He is also an active author at the Latter-day Saint blog, By Common Consent. 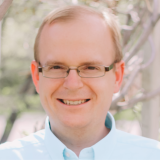