Joseph Smith is known for telling his family very little about the First Vision. The Prophet’s history in the Pearl of Great Price records that he simply told his mother, “I have learned for myself that Presbyterianism is not true.” Historian Kyle Walker discusses newly discovered sources from the Smith family, lending weight to Steven C. Harper’s assertion that no one knows how many First Vision accounts Joseph Smith gave.

How did Kyle Walker become interested in Joseph Smith’s family?

I’ve always had a passion for both Church history and counseling. When I was completing my PhD., I chose to complete a dissertation on the family dynamics of the Joseph Sr. and Lucy Mack Smith family, allowing me to combine those two interests.

That is where my appreciation for the Smith family first began.

What was the spark that ignited Kyle Walker’s curiosity about Smith family recollections of Joseph Smith’s First Vision?

When I wrote my biography on William B. Smith, I knew there were many references to the First Vision in his recollections. Some scholars have been dismissive of his accounts because he conflated Joseph’s First Vision with his initial visitation with Moroni, but I saw great value in his accounts.

More recently, I discovered several unknown sources from Katharine Smith Salisbury where she mentioned various items related to her brother Joseph’s First Vision, as well as differentiating between that experience, and his experience with Moroni.

What new sources challenge the assumption that Joseph Smith didn’t tell his family about the First Vision in 1820?

I am particularly referring to these recently discovered sources from Katharine Smith Salisbury, but other sources from family members support Katharine’s reminiscences. Katharine recalled the persecution directed towards the family that was a direct result from Joseph telling the Methodist minister about his First Vision.

She even recounted a story about how this especially impacted her sister, Sophronia, who was ostracized from her peers ever afterward, and it ended up impacting her physical and emotional health. That detail is not mentioned in any other source. Katharine also mentions that this Methodist minister shared Joseph’s First Vision story with other ministers in the Palmyra vicinity, which increased persecution for the family.

Finally, Katharine refers to the First Vision in several sources, and says that Joseph shared with the family that he was visited by a heavenly messenger who told him not to join any of the existing churches.

While the extent of what Joseph shared with his immediate family appears limited when compared with his published account, he appears to have shared more than just telling his mother that he had learned for himself that Presbyterianism is not of God.

What are the challenges of relying on Smith family reminiscences of the First Vision?

The biggest challenge with all Smith family sources is that they are late recollections. Lucy Mack Smith did not dictate her history until the mid-1840s, some twenty-five years after Joseph’s First Vision. His two siblings’ recollections were not recorded until the 1870–1895 time frame.

Certainly memory is impacted with time, and what is in print can also impact the way family members may have recollected these events. Notwithstanding, many details that Katharine shares are unique from any published account, adding credibility to her recollections.

Similarly, William recalled details that correspond to some of Joseph Smith’s more obscure accounts of the First Vision, which William would not have had access to during his lifetime.

Which members of Joseph Smith’s family left accounts of his First Vision?

In his 1838 version of the First Vision, and his account given to David Nye White, Joseph Smith talked about the persecutions he faced afterwards. Are there any accounts from the family about those persecutions, and did the family know why Joseph was being mistreated?

I think I answered this question above. I could just add that several Latter-day Saint historians have felt that Joseph Smith exaggerated the persecution he recounted in his 1838 history during the time period 1820–1823, because it was on the heels of the Latter-day Saint-Missouri conflict when he dictated that history. The sources cited from Katharine in this article corroborate what Joseph said about the challenges the family experienced during this time.

Who is Wandle Mace, and what did he contribute to our knowledge of the family’s recollections of the First Vision, prior to it being published in the Times and Seasons in 1842?

Wandle Mace was born in 1809, and was baptized in the winter of 1837–38 by Parley P. Pratt, and migrated to Quincy, Illinois in November 1838. He was a mechanical engineer, and helped build the Nauvoo Temple.

It was when he resided in Quincy that he first met Joseph Smith’s parents who were driven from Missouri that same winter. Mace said he interviewed the Smith parents on several occasions in 1839, and solicited “details” from them about the earliest events of Church history. According to Mace, the Smith parents were often moved to tears in recounting these events, which they said first began when Joseph was “about fourteen years old,” and then described to him details of his First Vision.

Why did Joseph Smith Sr. know about the First Vision in the 1830s?

Well, Joseph Smith Sr. did not keep any sort of history. However, his patriarchal blessings are recorded. A sentence he spoke during Joseph Smith Jr.’s blessing appears to be a reference to his son’s First Vision: “The Lord thy God has called thee by name out of the heavens: thou hast heard his voice from on high from time to time, even in thy youth.”

A second instance comes from Wandle Mace’s recollection of his visiting with Joseph Sr. and Lucy Mack Smith while they lived in Quincy, Illinois in 1839. The Smith parents recounted Joseph’s First Vision to Mace, as the starting point of the Restoration.

Why did Lucy Mack Smith rely on Joseph Smith’s 1838 account in her history of the Prophet?

Family members were more intimately involved in the coming forth of the Book of Mormon (something Moroni had instructed), and those events came to dominate their memories of this time period.

Why does Kyle Walker think that some Smith family accounts of the First Vision are memories of unknown Joseph Smith stories?

Besides Joseph Smith Sr.’s probable reference to the First Vision (1834), and Wandle Mace’s second-hand account, the sources are after the year 1842. I think family members are informed by what was in print, especially the 1842 publication, as that is what is copied into Lucy Mack Smith’s history.

The children had copies of their Mother’s history. Yet many of the items they share in their recollections do not follow the 1842 history. Some of the details that Katharine mentions about both the First Vision and Moroni’s visits are not found in any other source.

Similarly, what William Smith relates about his brother’s First Vision are found in lesser-known accounts, which he did not have access to during his life.

So, I conclude that this information came from Joseph Smith directly either during William’s youth, or afterward when he heard his brother recount details of his First Vision in Kirtland or Nauvoo.

What is the Smith family’s greatest contribution to the restoration of the gospel of Jesus Christ?

The family’s greatest contribution is the united support they provided to Joseph Smith with his unique mission. There were times when the family was ostracized from nearly everyone in the community where they resided, but his family stood by his side.

During three major migrations of the Church, every one of his siblings, their spouses and children, all uprooted and followed Joseph to Kirtland, Ohio, Far West, Missouri, and finally to Nauvoo, Illinois. Both parents, and all eight of his siblings, never lost faith in his prophetic role or in their belief in the divine authenticity of the Book of Mormon.

These were the individuals who knew his character best. Their united support is one of the strengths of the Restoration. 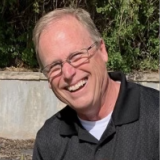 One reply on “What Did Joseph Smith’s Family Know about the First Vision?”

This is really powerful evidence. Thank you for sharing it. People wonder why the Smith family didn’t record these things earlier. I think it’s because they were farmers on the edges of the world. Paper was expensive and not widely available to write on. So we know of anyone in the Smith family or others in the area who kept journals and things from that time period? Seems to me like it was more common to NOT write things down and rely on newspapers for events. Even then, newspapers were not going to record personal events and persecutions/bullying of families.